These software packages were developed by Dan Meliza or by the lab, and are freely available under open-source licenses. Not all code is actively maintained, but we are typically happy to answer questions and to consider pull requests.

Our code for operant hardware and software is described on its own page. All of our publicly available software can be found on the lab github page.

General-purpose tool to generate fast c++ code for integrating neuron models. Models are specified in a YAML document that contains the equations of motion in symbolic form and values for all of the parameters and state variables. The model may also include a reset rule. Values are specified with physical units for dimensional analysis and reduced errors from unit mismatches.

Example code for dynamical state and parameter estimation of a biophysical neuron model. Given intracellular voltage measurements and a dynamical model, estimates the gating variables, kinetic parameters and conductances of the model.

JILL is a realtime system for auditory behavioral and neuroscience experiments based on the [JACK audio framework](http://jackaudio.org/). It consists of several independent modules that handle stimulus presentation, vocalization detection, and data recording. With JILL, you can:

Tools for measuring pitch and comparing vocalizations. Features include: 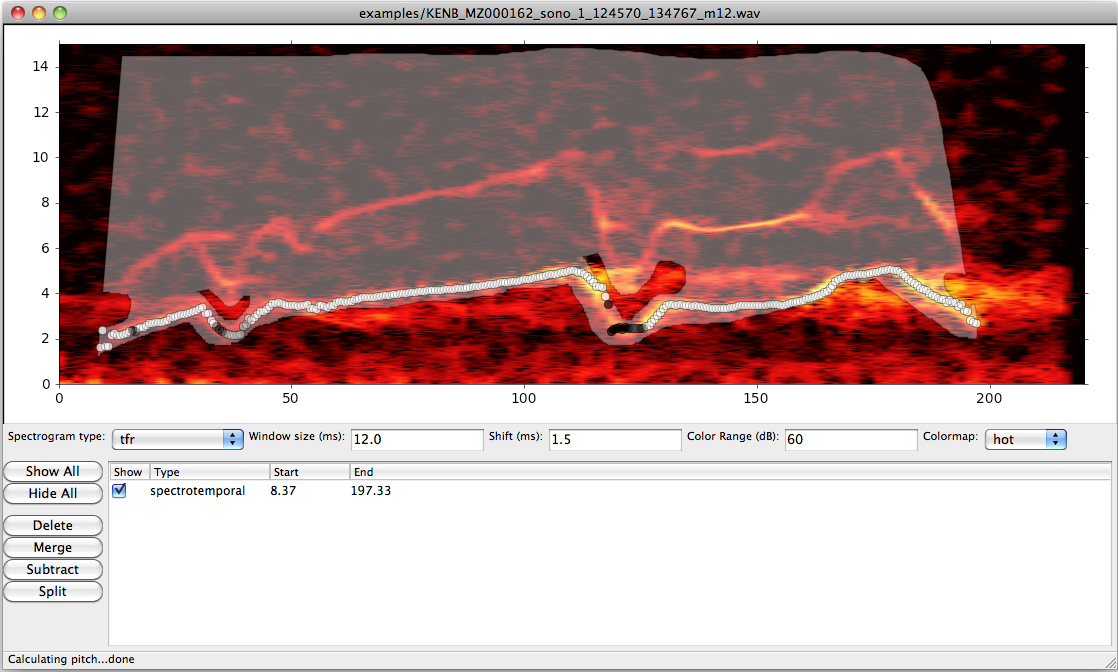 Time-frequency reassignment is a technique for sharpening spectrographic representations of sounds (see figure). For relatively simple, non-stationary processes, TFR can provide substantial improvements in detecting fine structure. Further improvements can be realized by using multiple windowing functions (similar to the multitaper method for calculating the spectra of stationary processes), but the algorithms are computationally intensive. libtfr is a library for calculating multitaper TFR spectrograms which is implemented in C and uses the highly efficient FFTW library. It also supports calculating standard multitaper spectrograms and spectra, and comes with python/numpy and MATLAB interfaces. 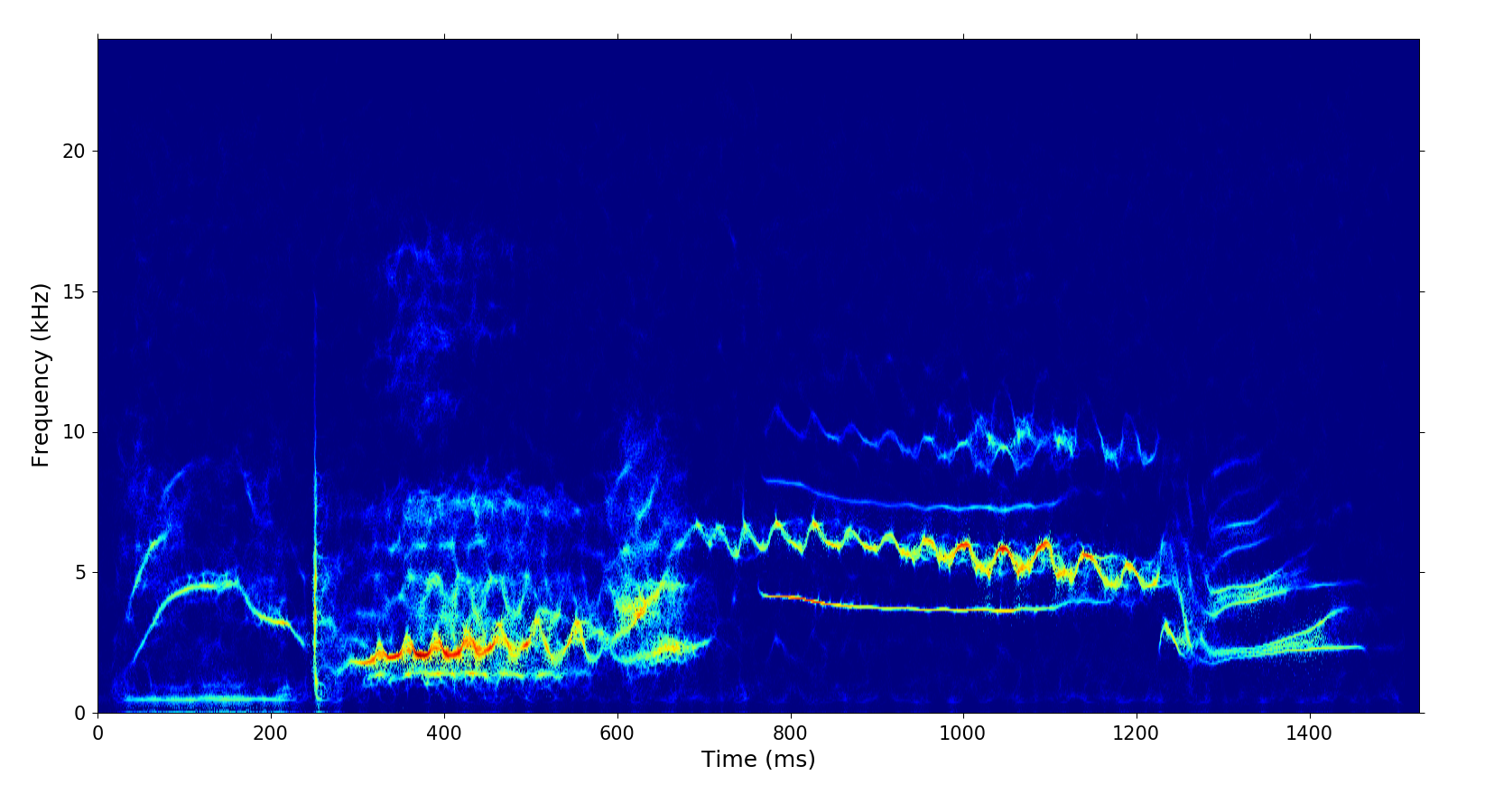 Vocalizations often consist of spectrotemporally disjoint, discrete elements, and it's often desirable to extract and manipulate these elements separately. However, because they often overlap temporally, the separation can only be achieved in the spectrotemporal domain. znote is a software package for identifying components in bioacoustic signals and extracting the sound pressure waveforms associated with them.

The goals of our data-management system are to ensure that the data we collect is stored in a central location where it can be easily located, avoiding needless duplication and assuring that regular backups are taken.

The approach is simple: every resource gets a unique identifier and gets moved to an archive on our main Linux server. Each resource's identifier, archive, and any metadata are are stored in a database with a REST API. There's a commandline tool for depositing resources and for searching and retrieving records from the database.

There are two components to the neurobank system. One part is the registry, a service that stores identifiers, ensures they're unique, and resolves identifiers to the location where the resource is stored. This is implemented by melizalab/django-neurobank.

The second component is an archive, a mechanism for storage and retrieval of resources. This is implemented for locally-accessible filesystems in the melizalab/neurobank package.

A Django application used to manage bird colonies (including breeding colonies). You may find that it can also be used for non-avian species. Useful for tracking bands, pedigree relationships, animal locations, and various events. There's also support for storing information about samples associated with animals in the colony, like genomic DNA or song recordings. Records are searchable and there's a JSON API.

A Django application used to track inventory and orders in the lab. Pretty basic but highly useful. Create items corresponding to specific purchaseable items, then create an order and link items to it when you make a purchase.